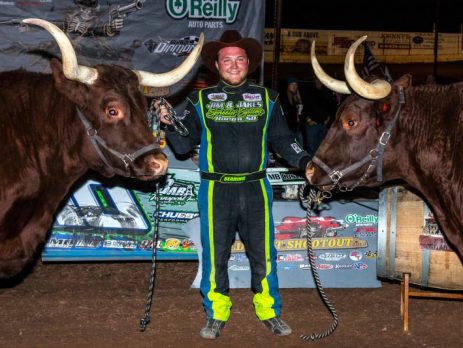 A partner with the six-race miniseries featuring Super Late Models, Modifieds and X-Mods since 2018, O’Reilly Auto Parts is now locked in as part of the mid-winter racing extravaganza through 2022.

“I can’t begin to thank O’Reilly Auto Parts enough for their continued sponsorship of the Keyser Manufacturing Wild West Shootout,” event promoter Chris Kearns said. “They’ve gone above and beyond with their support, and this allows us to continue to grow this great event. In addition, it adds even more credibility to the Wild West Shootout to have such a prominent company on board as a marketing partner.”

Headquartered in Springfield, Mo., O’Reilly Auto Parts serves both professional and do-it-yourself- customers in providing automotive aftermarket parts, tools, supplies, equipment and accessories. The company has over 5,000 locations across the country.

The Super Late Model portion of the miniseries will once again boast the Keyser Quarter-Million Challenge, a lucrative program that offers a $250,000 bonus for sweeping all six features; $100,000 for winning five; $25,000 for capturing four; and $10,000 for claiming three. With the Wild West Shootout offering five features paying $5,000 to win and a $15,000-to-win finale, a driver able to pull off the feat of sweeping the races would depart Arizona with $290,000.